According to Fichajes, European giants PSG, Manchester United, and Tottenham Hotspur are all vying for the signature of Villarreal star Pau Torres in the summer transfer window. The Spanish international is one of the finest centre-backs in La Liga and has displayed a consistently high level of performance for some time now. There is only so much he can achieve at Estadio de La Ceramica, and it comes as no surprise that he might seek greener pastures. 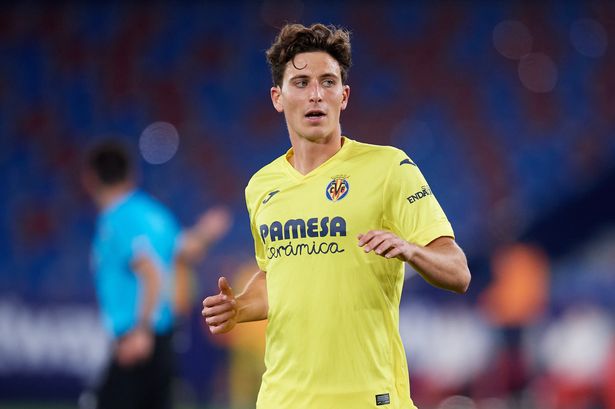 There is no shortage of suitors either. French champions Paris Saint-Germain already have a star-studded squad but lack the balance required to conquer Europe. Bringing in Torres will give them a defensive leader who can organise the backline and form a solid partnership with Marquinhos or Presnel Kimpembe.

The same can be said of Manchester United, who also lack a reliable option at centre-back. The Red Devils have some big names on their roster such as Raphael Varane and Harry Maguire, but none of them have stepped up and showed themselves to be dependable. Adding Torres into the mix could be just the shake-up that the Red Devils require.

More so, the 26-year-old also happens to be David de Gea’s international teammate. The fact that both players speak the same language could help them organise the backline better and ensure there is no lack of communication. A left-footed player, his ability to bring the ball out from the back will add another impetus to Manchester United’s play in the left channel.

Antonio Conte’s Tottenham, however, provides Torres with the most intriguing choice. Not only have the North Londoners returned to the UEFA Champions League but are also making several shrewd moves in the summer transfer window. Securing Torres to play alongside Cristian Romero and Eric Dier will give them a top-level defensive trifecta that can do a job at the back for years to come. Anderson believes he’d come in handy for the Red Devils next season.